Energy is in our Nature 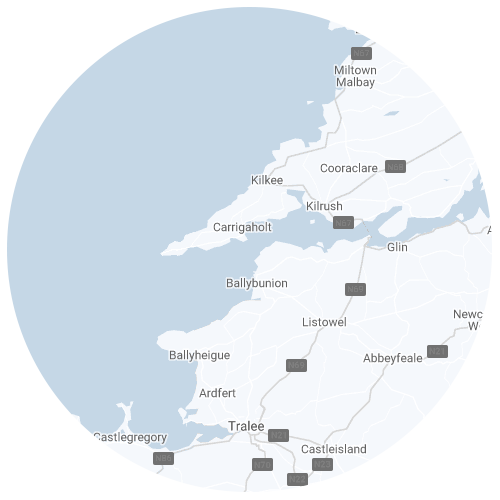 Clarus Offshore Wind Farm is the name chosen for DP Energy and Iberdrola’s offshore wind farm off the coast of Counties Clare and Kerry.

Ireland has a vast offshore energy resource within its maritime area. This enables us to not only produce indigenous energy for Ireland’s needs, but also to support Europe’s broader ambition for de-carbonisation by 2050.

Offshore wind farms enable the deployment of very large modern wind turbines in large projects within areas remote from population, and where wind speeds are significantly higher than those onshore. The combined scale of turbine, project size and better wind speeds enables a greater volume of clean energy to be produced than could be generated onshore.

The Clarus Offshore Wind Farm project will directly contribute to Ireland’s climate objective of reducing CO₂ emissions by 51% by 2030 en route to reaching total de-carbonisation by 2050.

Baseline surveys will be undertaken over the project area and surrounding buffer zone identifying and recording species in detail. In doing so, the project will be contributing to a greater understanding of our marine environment.

The project will provide employment in a wide range of industry activities. The economic benefit will extend to the expansion of port facilities and provide opportunities to support business throughout the supply chain. It will also provide the opportunity for Ireland to become a major exporter of energy.

The project will generate clean renewable energy for Ireland, thus reducing the need to import fossil fuel. This both improves Irelands CO₂ footprint and reduces its vulnerability to fluctuations in fuel pricing or import risk.

DP Energy is an Irish-based renewable energy developer, headquartered in Buttevant, Co. Cork which is developing wind and solar projects across Australia, North America and the UK as well as here in Ireland. It has played a leading role in the Irish Wind Industry since its earliest days. DP Energy’s first wind projects in Ireland were Bessy Bell, Co. Tyrone commissioned in 1995, and Corrie Mountain, Co. Leitrim in 1998.

Global energy leader Iberdrola is one of the world’s largest renewable energy producers, and the third biggest electricity utility globally in terms of market capitalisation. The group supplies energy to almost 100 million people in dozens of countries, has more than 600,000 shareholders, a workforce comprising more than 38,000 employees and assets worth more than €123 billion.